The BioImaging Network of Minas Gerais (BioIMG Net) is a collaborative effort supported by the Chan Zuckerberg Initiative (CZI) Program – Expanding Global Access to Bioimaging – that has been explicitly designed to initially strengthen collaboration between multi-user microscopy facilities within the state of Minas Gerais and then expand this effort to other regions of Brazil and Latin America.

BioIMG Net is a branch of the Microscopy and Microanalysis Network of Minas Gerais (RMic – www.microscopiamg.org.br), which focuses on both bioimaging and materials imaging and analysis. RMic’s goals over the past seven years have been to bring the microscopy community together to share information and expertise and improve access to microscopy (optical, electron and scanning probe microscopy). RMic was founded in 2014, with funding from the Foundation for Research Support of the State of Minas Gerais, a state agency for inducing and fostering research and scientific and technological innovation in the State of Minas Gerais (MG). Since the beginning of its activities, RMic had a management and administrative organization plan, which allowed for an effective and successful identification of demands for microscopy and microanalysis in MG and in proposing strategies to reduce the asymmetry of accessibility to equipment and technologies. 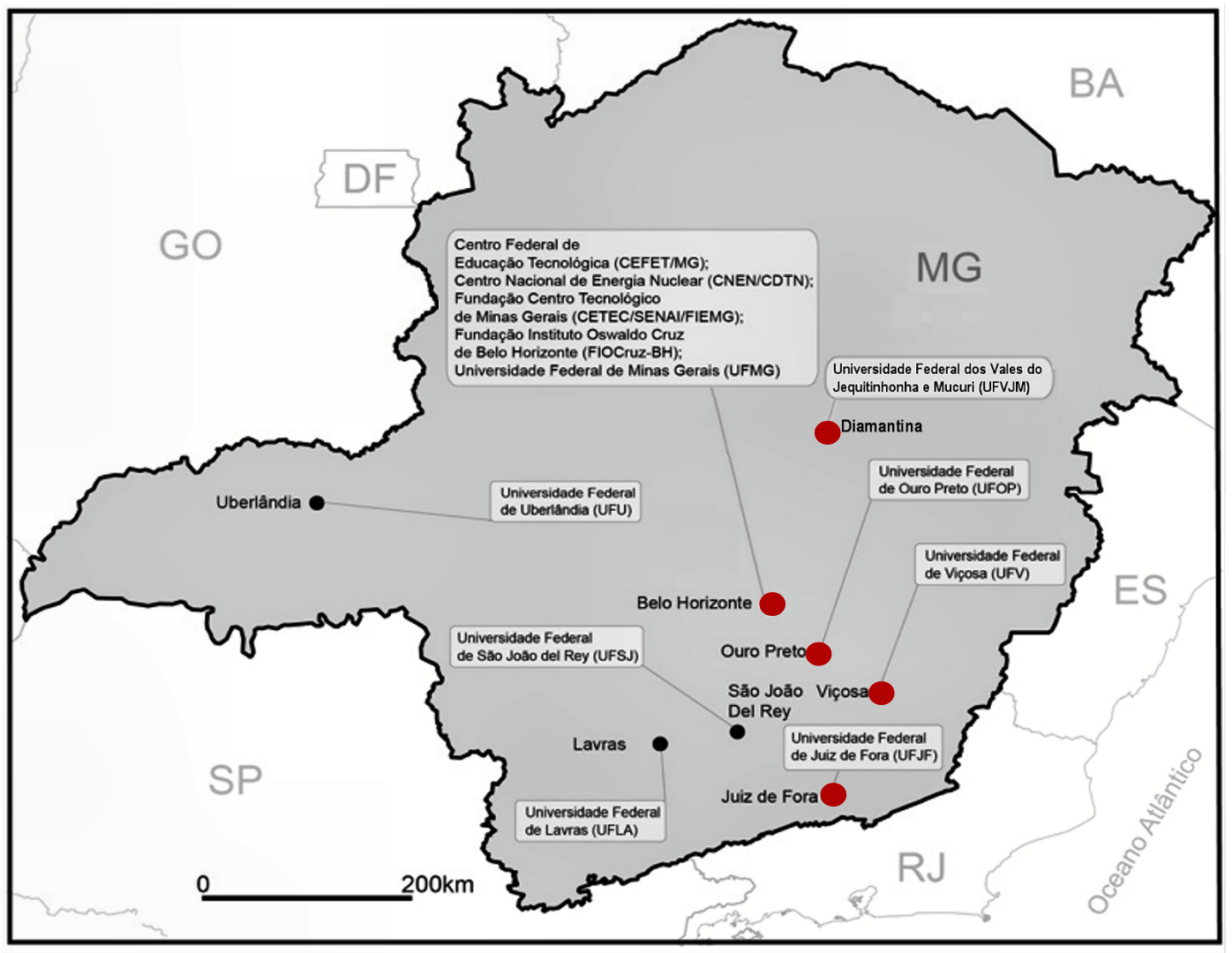 Center of Acquisition and Processing of Images https://www2.icb.ufmg.br/capi/